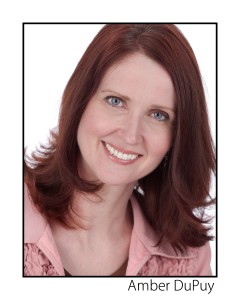 Austin acting classes coach Amber DuPuy started performing as a dancer for the Austin Ballet Theatre’s Jr. Company when she was a young teenager. As a dancer, she discovered the magic of opening up to her “presence” on stage. She reveled in the joy of offering up her performance to the audience. Essentially, she learned one of the golden rules of acting – take your attention off yourself and your performance and put your focus outside of yourself.

In college, she studied theatre at Pomona College near Los Angeles. During this time, she learned to “be herself” while playing characters twice her age, hailing from socio-economic backgrounds other than her own, speaking in different dialects or moving across the stage in new ways. Additionally, she also learned about theatre history, including the Stanislavsky method. She studied how to find beats and actions, costume design, and set design.

In her early 20s, Amber moved to New York City to deepen her study of the craft of acting. She studied at the Actors Theatre Workshop, Inc. with Thurman and Janet Scott. They taught her he Stella Adler acting technique for over six years.

Back in  Austin, Amber studied the Meisner technique with Ron Hayden at the Two Chairs Studio. She occasionally traveled to Los Angeles for a weekend workshop with Michelle Danner of the Larry Moss Studio or a singing class taught by Laura Skye. She also taught herself the techniques from Uta Hagen’s “A Challenge for the Actor.”

As an acting professional, she has worked in film, TV, and theatre. She was a company member of the Austin Playhouse, where she has performed in many theatrical productions. She was nominated for best actress in a musical for her portrayal of Sally Bowles in Cabaret.

In 2011, Amber played the Administrative Nurse in an episode of the critically acclaimed television show, “Friday Night Lights.”

She has tutored hundreds of students over the past 10 years at the State Theatre School of Acting, the Mindful Body Center, and The City Theatre. She has a reputation of being highly perceptive, compassionate, and committed to artistic excellence.

She is also a certified Pilates instructor and an esthetician.